Priscilla Leavitt: Why I Wear the Purple 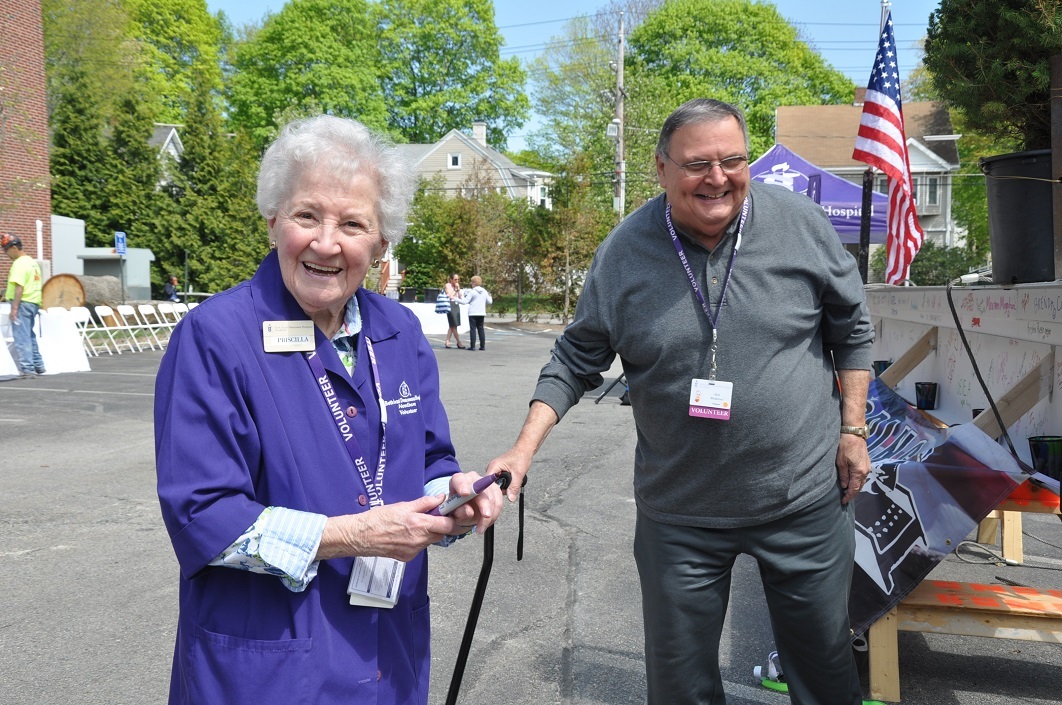 “I wear the purple because I tried it and I liked it,” said Priscilla, reflecting on her start as a volunteer at BID–Needham nearly a decade ago, back on June 15, 2009.

Twenty years ago, Priscilla’s primary care physician at the time, Earle Woodman, MD, recommended that she stay active to stay healthy. The beloved Dr. Woodman, whose portrait is memorialized in the same hallway that Priscilla now occupies at the hospital’s volunteer desk, would regularly recommend to her that she join the volunteer corps. After giving it plenty of thought over several years, she decided to jump in, a decision she says she does not regret.

“It keeps me moving,” she said. “I like the walking, I like meeting people, and I like being active. I feel rewarded doing something for someone else.”

“She’s enormously likeable, she’s highly reliable, she’s gracious, she’s conscientious, and she’s a little roadrunner,” Murphy said about Priscilla, who has increased her shifts from one shift a week to three since starting here. "She brings joy to everyone she comes across.”